Skip to content
We use cookies to ensure that we give you the best experience on our website.
It has been
widely rumored that the new iPhone 7 Plus will smart connector, simplifiedantenna bands, dual lens camera, no headphone jack, and a dualspeaker for stereo audio. It is also expected the device include water proofing
and a force touch home button with haptic feedback. As previously reports from from
Japanese blog Macotakara,  Apple would discontinue the Space Gray colored
iPhone and replace it with a deep blue color. Later on, the report suggested
that it would be actually a dark space black. 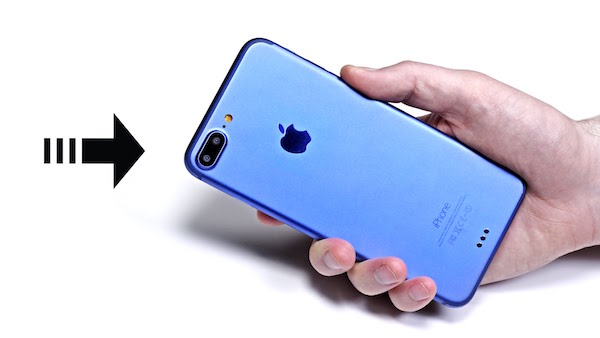 So we cannot
guess exactly what color Apple would launch its next generation iPhone 7 and
iPhone 7 Plus.  But whatever the rumors,
a new video from Lewis Hilsenteger of Unbox Therapy shows off an iPhone 7 Plus
mockup with an attractive and pretty deep blue in color which would be my
favourite if it exits. Take a look at
the video below of new deep blue iPhone 7 Plus which shows exactly based on rumored features.
iPhone 7 Plus
mockup shown in this video was produced by a Chinese company called BeSound,
which is also working on Lightning earbuds for the iPhone 7. So if Apple
releases its next generation iPhones in deep blue color then it’s going to be
best sales for Apple.
Apple is set
to launch iPhone 7 and iPhone 7 Plus this fall.
So what do you
think of Deep Blue iPhone..