Skip to content
We use cookies to ensure that we give you the best experience on our website.
Apple has
released iOS 10 beta 6 to developer testers for iPhone,
iPad and iPod touch. iOS 10 Beta 6 comes just one week after the iOS 10
beta 5 is released. This beta version of iOS 10 contains bug fixes and
improvements. 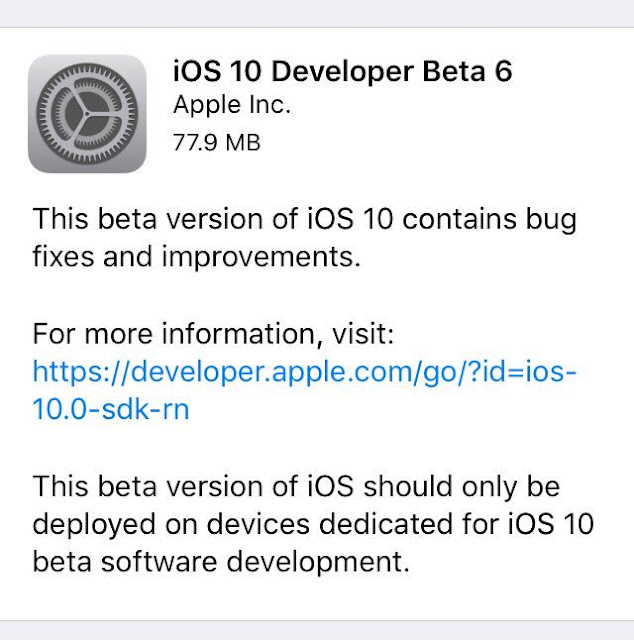 Along with
that Apple also releases macOS 10.12 Sierra beta 6, watchOS 3 beta 6 and tvOS
beta 6 to developers for testing.

iOS 10 beta 6 update is available through over-the-air (OTA) for devices
registered with Apple’s beta program and Apple’s online developer centre or
if you are running previous iOS 10 beta 5.

To install beta 6 of iOS 10, head over to Settings > General >
Software Update on your registered iOS device and tap “Download”. After
download completes hit install. Wait for a while and the new iOS 10 beta 6 is
installed on your device.
Compatible deivces for iOS 10 are
the same as those we had discussed ealier, but the iPhone 4s, original iPad
mini and iPad 2 are no longer supported.
We will be
giving more information about this new beta if any features are
spotted. Till then Stay with us for more updates.
For more
information visit here
# iOS10