Skip to content
We use cookies to ensure that we give you the best experience on our website.
Apple has
released iOS 10 beta 4 to developer testers for iPhone, iPad and iPod
touch.
Along with that Apple also releases macOS 10.12 Sierra beta 4, watchOS 3 beta 4
and tvOS beta 4 to developers for testing. 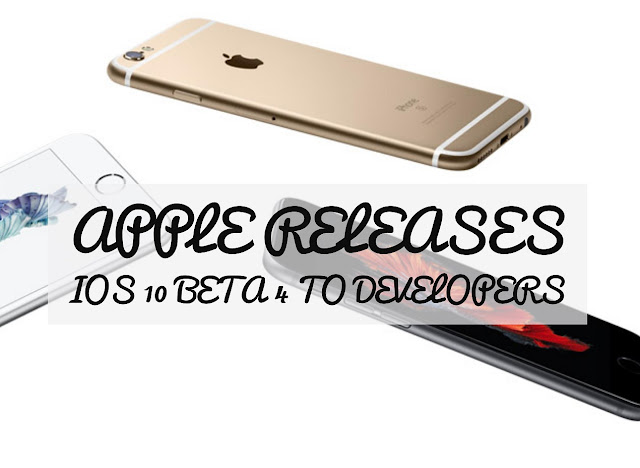 iOS 10 beta 4 update is available through over-the-air (OTA) for devices
registered with Apple’s beta program and Apple’s online developer centre or
if you are running previous iOS 10 beta 3.

New features
in iOS 10 beta 4:
To install
beta 4 of iOS 10, head over to Settings > General > Software Update on
your registered iOS device and tap “Download”. After download completes hit
install. Wait for a while and the new iOS 10 beta 4 is installed on your
device.
Compatible deivces for iOS 10 are
the same as those we had discussed ealier, but the iPhone 4s, original iPad
mini and iPad 2 are no longer supported.
We will be
giving more information about this new beta if any features are
spotted. Till then Stay with us for more updates.
# iOS10